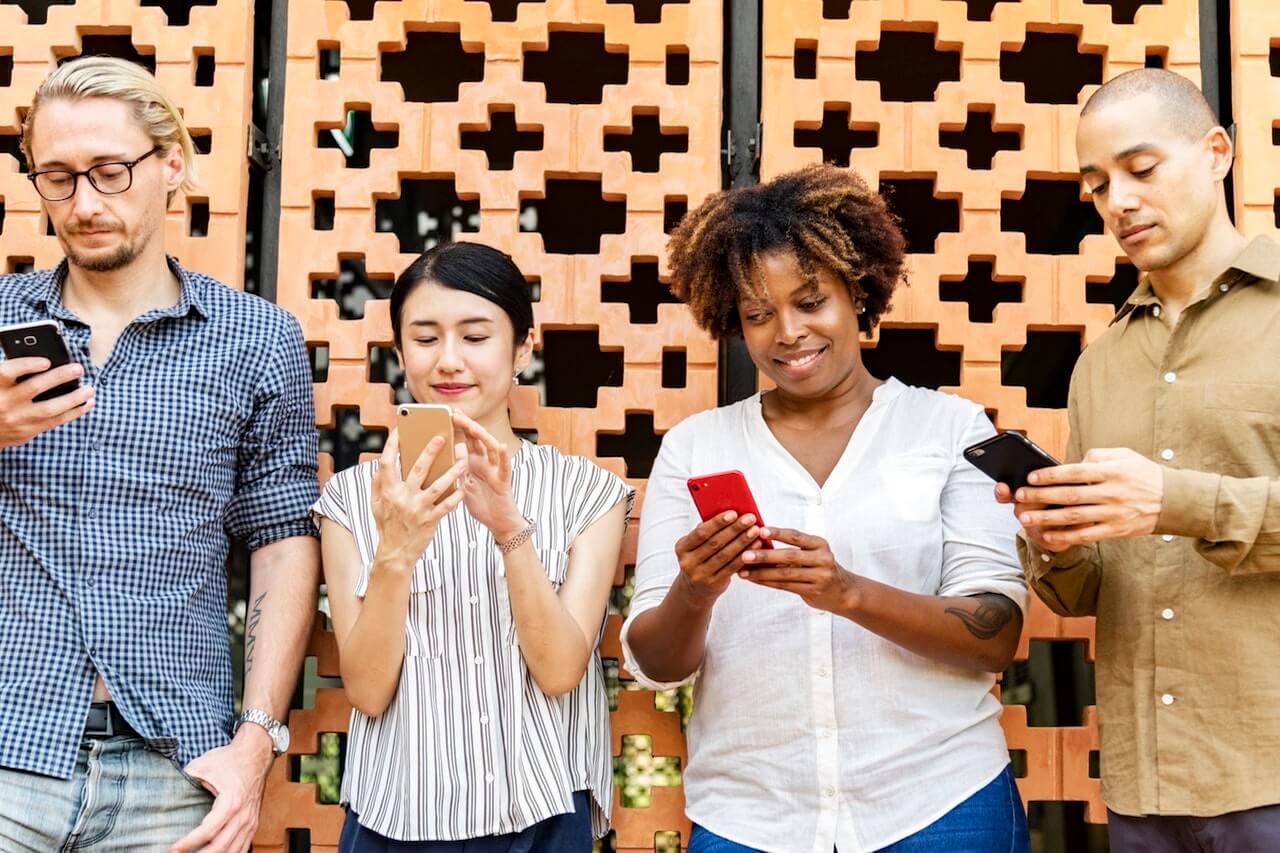 Recently published research reveals more information but there’s still no definitive answer to the decades-long question: Are cell phones safe to use?

Mobile Phones Have Revolutionized our Lives

Mobile phones have changed the way we live to such an extent that even those of us who grew up before they were widely adopted (and managed to have interesting and productive lives in nonetheless) find it hard to imagine how we ever stayed in touch with friends, found a restaurant in a strange city or scheduled a meeting without one. In a 2017 survey, 92% of 18- to 29-year-olds in the US said they owned a smart phone and 95% of the American population own a mobile phone. We know that despite all this convenience, there have been problems reported with possible cell phone addiction, reduced attention spans in children and an increase in automotive accidents linked to distracted driving linked to cell phone use. Although the laws in many states prohibit the use of cell phones while driving, it’s still not unusual to see people talking on their phones of sneakily texting while they drive.

But one of the most daunting diseases we know of is cancer. And regarding mobile phone use, the main question has always been: ‘’Will this phone give me cancer?’’

All living creatures are exposed to a certain amount of radio frequency (RF) as part of daily life. The air is full of them. Airline travel, radio stations, computers or proximity to cell tower arrays or power lines are all part of many of our lives, so we can assume we are being exposed. There is also a varying level of radiation from the electrical appliances and electrical wiring in our homes and at work. Most cell phones put out a type of radio frequency (RF) that was classified by the International Agency on Cancer (IARC), (an agency of the World Health Organization) as a Group 2B “possible” human carcinogen in 2011. Unsurprisingly, this has got a lot of attention. Over the last few years, there have been an ever-increasing number of websites devoted to advising consumers of the risks of RF, or electromagnetic frequency (EMF) and how to protect themselves from RF exposure. The current U.S. Federal Communications Commission’s limit for public exposure to cell phones is 1.6 watts W/kg.

Even when the cell phone is not in use, it’s almost constantly communicating with cell towers etc., especially if it has apps that need your geographical location to work, like GPS apps. You can close out of them if you want to reduce the activity of your phone when you’re not actually using it. This also saves battery power.

Many Years of Research

When there is any possibility of cancer developing as a result of something we do in everyday life, we have to be relentless with investigation until the possibility is either ruled out without a shadow of a doubt or recognized so that precautions can be taken. So of course there have been hundreds of studies over the last handful of decades since cell phones have been widely adopted for regular use. Recently published studies have added to the long debate about the safety of cell phone use and whether or not there is a link to brain tumors or any other kind of cancer.

A few epidemiology studies have reported higher than average rates of tumors inside the skulls of people who report heavy cell phone use for ten years or more. Some of these studies have been funded by the telecommunications industry and therefore criticized for possible bias as they may have a vested interest in the reported outcome of the research. Seventy-two percent of industry-funded studies have not made a significant link to health risks from cell phone exposure. However, sixty-seven percent of independent studies (not funded by the wireless communications industry) did find biological effects. One of the first notable, independently funded studies to examine long-term effects of using cell phones was conducted in Sweden in the mid-to-late 1990s by Lennart Hardell, professor of oncology at Orebro University. His findings were significant. His study compared 1,617 patients who had been diagnosed with brain tumors with the same number of cancer-free subjects. His research showed that heavy-use cell phone users were 2.5 times more likely to have a temporal brain tumor on the side of the head where they normally held their phone. He also found that the risk of auditory nerve tumors was increased by 3.7 times for the mobile phone users who participated in the study. His most significant conclusion was that just 10 years of heavy cell phone use would result in a 26% increase in the risk of brain cancer. If the heavy use of cell phones continued beyond 10 years, he suggested that the risk could rise to 77%.

So What Does the Latest Published Research add to the debate?
The most recent studies are worth our attention because they are much larger and involved more subjects than most previous studies. Results of both of the studies were officially published in 2018, but the NTP study results were leaked and widely discussed in 2016.

Scientists at the National Toxicology Program (NTP) conducted a study that began over ten years ago and the results were published in the spring of 2018. The NTP, a federal interagency group under the National Institutes of Health, used 3,000 male and female rats and mice for a period of two years at a cost of $25 million. They monitored the rates of various cancers, such as heart schwannomas (these occur in rats but rarely in humans) and lymphoma, as well as cancers affecting the skin, prostate, lung, liver and brain in the exposed animals. The study focused on ‘’near-field’’ exposure, which is similar to how people are exposed to RF when they use their cell phones. Cancer rates for the exposed subjects in all monitored categories of illness increased but other factors that could have influenced the results could not be ruled out, so the results were effectively inconclusive. Contrary to all expectations, the RF-exposed rodents lived longer overall than their unexposed counterparts in the study.

The Ramazzini Institute (RI) in Italy used 2,500 rats in their study, which differed in that they looked at ‘’far-field’’ exposure, the constant RF radiation that we are bathed in from our surroundings, including exposure to computers and wireless frequencies. The 2,500 rats were exposed to far-field RF for 19 hours per day, from fetal development until death from natural causes. The RI’s exposure measures were a little different from the way that absorbed doses were calculated during the NTP study, but both studies yielded tangible results that had some factors in common. Both saw more heart shwannomas develop in the male rats that received the highest doses of RF exposure and in the female rats, they noted some cancer of the glial cells in the brain linked to RF exposure. When research results from different studies agree to a certain extent, they reinforce the credibility of each other’s outcomes. Ronald Melnick, a retired NTP toxicologist who designed the NTP study says, “Reproducibility in science increases our confidence in the observed results.” On the whole, the rats and mice were exposed to higher levels of RF than is normal for humans, so “These findings should not be directly extrapolated to human cell phone usage,” said John Bucher, Ph.D., a senior scientist at the NTP. “We note, however, that the tumors we saw in these studies are similar to tumors previously reported in some studies of frequent cell phone users.”

So Where Does This Leave us?

Even though there were factors identified in both the NTP and the RI studies that suggested there was indeed a link between RF exposure and certain types of cancer, we still can’t say for certain whether or not cell phones actually give us cancer, even with heavy usage. This is mostly because the scientists who conducted the studies did not adequately consider other variables such as diet, exercise, temperature and so on, which would have been valuable to include for consideration. So ultimately there was no indisputable connection established between RF exposure from cell phones and cancer incidence in humans. The results from both these studies were reviewed by a panel of independent experts during a three-day meeting that ended on March 28, 2018. They concluded that there was “clear evidence” linking RF radiation with heart schwannomas and “some evidence” linking it to gliomas of the brain. The NTP will now either reject or accept the conclusions drawn by that panel. They will publish their own conclusions shortly.

Jeffrey Shuren, director of the FDA’s Center for Devices and Radiological Health, wrote in a February 2nd, 2018 that, despite the NTP study’s results, the combined evidence on RF exposure and human cancer has “…given us confidence that the current safety limits for cell phone radiation remain acceptable for protecting the public health…we continue to agree with the FDA statement”.

As usual at Go Cleanse, we try to provide readers with the most thorough but digestible research. We hope that you have found this interesting and helpful and encourage you to do further research and consult your healthcare professionals to enable to you make up your own mind about the best course of action for your health.